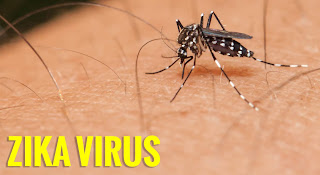 Researchers at QUT and QIMR Berghofer Medical Research Institute have found that the dengue fever mosquito common to north and central Queensland poses the greatest danger of spreading the Zika virus in Australia.

The researchers showed that not only was the dengue mosquito effective at transmitting Zika, but also that the virus was in the mosquitoes' reproductive organs. This finding suggests that Zika could persist in mosquito populations by females passing it to their offspring.
The researchers' study, Vector competence of Australian Aedes aegypti and Aedes albopictus for an epidemic strain of Zika virus, has been published in PLOS Neglected Tropical Diseases.
Key points:
The dengue mosquito is found in northern, central and southern parts of the state, while the Asian Tiger mosquito is currently only in the Torres Strait.
The researchers tested a strain of Zika from the Asian lineage that caused microcephaly during the 2016 epidemic in Brazil.
"At three, seven and 14 days after the mosquitoes were infected with Zika, we tested their saliva to see if they could pass on the virus through a bite," she said.
"We concluded that the dengue mosquito is the main danger for spreading Zika.
"We found 50-60 per cent of the dengue mosquitoes could effectively transmit the virus 14 days after becoming infected, compared to 10 per cent of the Asian Tiger mosquitoes."
Dr Frentiu said the discovery of Zika in the ovaries of the dengue mosquitoes indicated another potential route of infection transmission through mosquito populations.
"This has also been observed recently in field specimens collected in Brazil," she said. "Aedes aegypti eggs were collected and hatched and the larvae tested, and Zika was found in the larvae.
"It is possible that if infected larvae were able to reach maturity still infected with Zika, they could then pass the virus to humans. This is an area where further research is needed."
See More:
https://www.sciencedaily.com/releases/2019/04/190423114022.htm
Source: Queensland University of Technology

To know more about latest research's come and join us at 2nd World Congress on Virology and Microbiology which is going to take place during September 09-10, 2019 at Bangkok, Thailand.